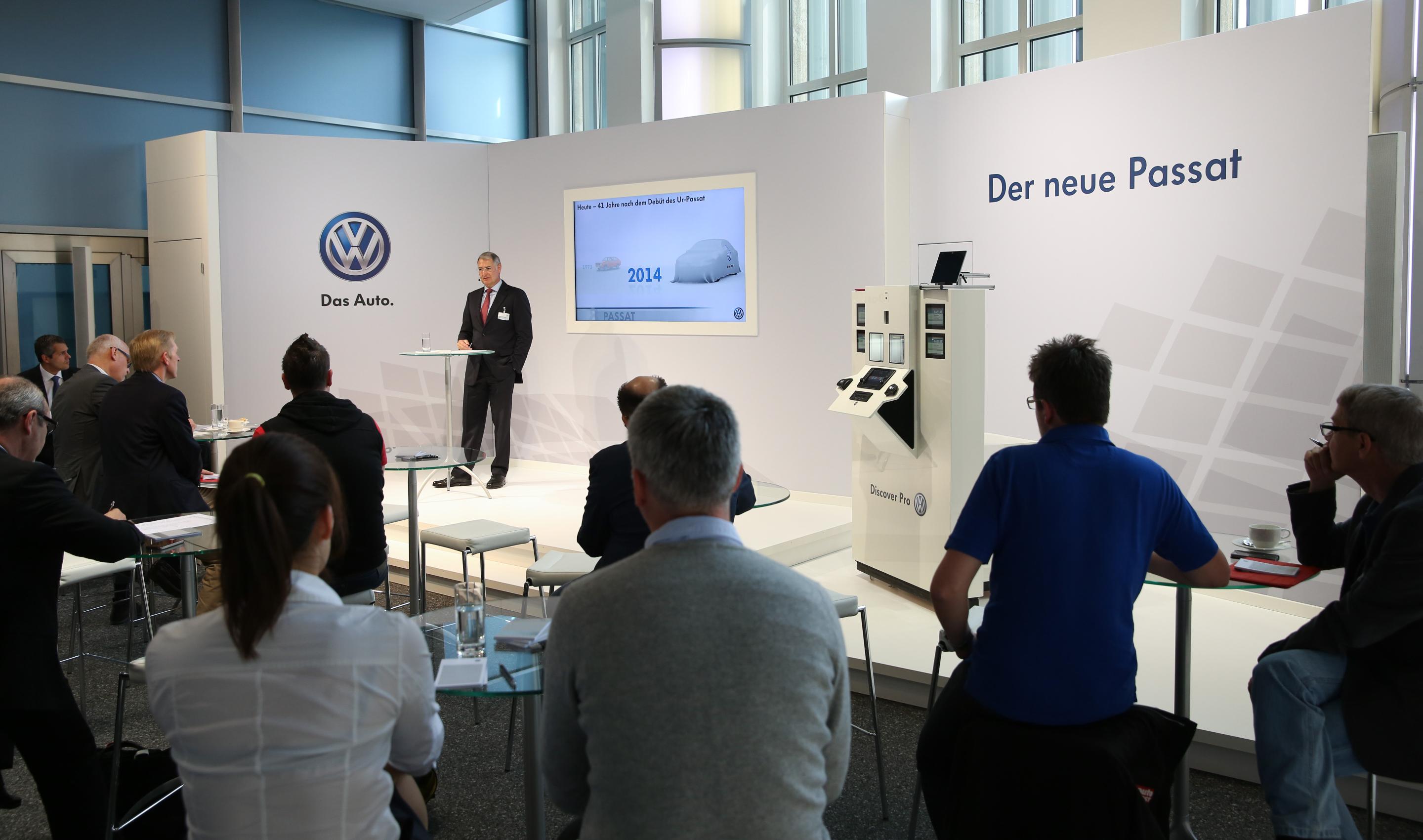 By A Brown 0 Comments 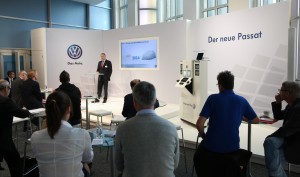 Volkswagen has revealed the first technical details of the all-new Passat Saloon and Estate, ahead of the cars’ unveiling in July and their public premiere at the Paris Motor Show in October.

The eighth-generation Passat will bring with it a range of new technologies and features, to ensure that even after 41 years and over 23 million sales worldwide, it remains as competitive as ever.

Thanks to the use of advanced materials – including high-strength, hot-formed steel and aluminium in certain areas – the new Passat is up to 85 kg lighter than its predecessor, helping it to claim expected fuel-efficiency improvements of up to 20 per cent.

Despite exterior dimensions that are actually marginally smaller than those of the previous Passat, interior space is improved, with more leg- and head-room, as well as increased luggage space.

A highlight of the Passat’s new range of engines is a high-performance, four-cylinder, 2.0-litre, bi-turbo diesel delivering 240 PS and an extraordinary 500 Nm from 1,750 rpm.  This engine will be available only with a new seven-speed DSG gearbox and 4MOTION all-wheel drive. A plug-in hybrid model will also be offered, with potential to travel 31 miles on battery power alone, and with a potential maximum range of around 600 miles.

Other new technology to be offered on the new Passat includes the Active Info Display, which replaces the instrument cluster with a fully configurable interactive 12.3-inch TFT display; a heads-up display; the latest Modular Infotainment System, including the Car-Net remote app; a further-developed 360-degree Area View function; and the latest generation of Park Assist. This newly developed Park Assist includes the option for the car to park itself forwards into perpendicular spaces – useful, for example at supermarket car parks, where access to the boot is important. It also includes a world-first Trailer Assist, which provides assistance when reversing a vehicle with a trailer attached – without the need for any modification or adaptation of the trailer.

Other safety technology includes Side Assist with Rear Traffic Alert; Traffic Jam Assist which makes stop-and-go driving more comfortable; Emergency Assist, which can potentially halt a vehicle when the driver is incapacitated; and the latest Front Assist system with City Emergency Braking, which optionally combines both radar and camera sensors to add pedestrian detection.

All new Passats will feature LED tail lights, while headlights will be halogen or LED.  In conjunction with Dynamic Light Assist, one of the two LED headlight options automatically adjusts the beam for maximum illumination of the road without dazzling other traffic.

Further details and first pictures of the Passat will be available in early July, ahead of the car’s public unveiling at the Paris Motor Show in October. UK sales will start before the end of the year, with first deliveries expected in early 2015.

You can find out more about which cookies we are using or switch them off in settings.

This website uses cookies so that we can provide you with the best user experience possible. Cookie information is stored in your browser and performs functions such as recognising you when you return to our website and helping our team to understand which sections of the website you find most interesting and useful.

Strictly Necessary Cookie should be enabled at all times so that we can save your preferences for cookie settings.

If you disable this cookie, we will not be able to save your preferences. This means that every time you visit this website you will need to enable or disable cookies again.